The Revolutionary Court of Tehran has sentenced an Iranian-Armenian Christian man to 10 years in prison for establishing a house church, which the judge called “propaganda contrary to and disturbing to the holy religion of Islam,” according to reports.

Branch 26 of the Revolutionary Court of Tehran, headed by Judge Afshari, sentenced Anooshavan Avedian, 60, to 10 years of imprisonment, alongside two others who are members of his house church — Abbas Soori, 45, and Maryam Mohammadi, 46 — both of whom are converts to Christianity, Human Rights Activists News Agency reported. 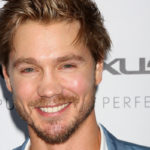